Kapton Film and the Aerospace Industry

At Work on the Rosetta Mission: Innovation and Exploration at its Core

You know that expression, “We can send a man to the moon; why can’t we …?” Then fill in the blank with any perceived world problem that perplexes us because it remains unanswered. Sorry, you won’t find the answers to those conundrums here, but we can tell you about one amazing product that integrally assists in getting man to the moon: Kapton® film. 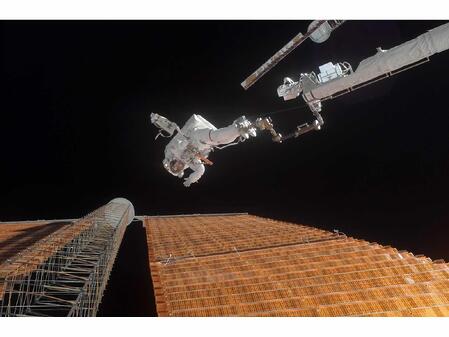 Or, more recently, on a comet. The Rosetta mission represents an astonishing breakthrough in space exploration for many reasons. In a physical sense, Kapton® was instrumental for its use on the solar panels, the camera circuits, and critically so in keeping the weight of the landing probe as light as possible. As explained in a news segment by CBS Space Consultant Bill Harwood, “This is an incredibly challenging landing to pull this off. The gravity of this comet is about 100/1,000 of what we experience on earth [100,000x weaker than Earth’s]; the space craft weighs hardly nothing in that gravity, and just keeping it from bouncing off is a major challenge.” The Rosetta probe landed successfully on its third attempt.

Sending a craft to a comet doesn’t seem as glamourous as putting a man on the moon, but landing the Rosetta probe on this comet has vital significance. Harwood went on to say that scientists think “comets were left over from the very birth of the solar system; they represent pristine material that formed the raw material that lead to the sun and all the planets, and ... might have even seeded the earth with water and the biological materials that ultimately helped give rise to life. Studying comets give you a direct glimpse back to what formed this solar system.”

This polyimide film has allowed us to break through and explore the frontiers of space, and now possibly life itself, by providing its superior qualities to space travel and aerospace missions, because it:

Kapton® is best known for its thermal management properties. As you can read above, these alone allow for vast applications. Its flexible nature, literally and figuratively, make it the material of choice for many industries and organizations—electrical, medical, and military among them.

Its versatility is best displayed when used in conditions of extremes of heat and vibration. The ability of Kapton® to maintain its unique combination of mechanical properties under the harshest of conditions keeps it at the forefront of many innovative applications. And no wonder, DuPont™ Kapton® polyimide films have set the industry standard for over 45 years in high performance, reliability, and durability—with a unique combination of electrical, thermal, chemical, and mechanical properties that withstand extreme temperature, vibration, and other demanding environments.

To give you a sense of the breadth of applications Kapton covers, below are the many types and attributes of DuPont™ Kapton® polyimide films.

Kapton® B – A black, homogeneous opaque film that exhibits an excellent balance of physical, chemical, and electrical properties.

Kapton® FN – Kapton® FN is a general purpose HN film that is coated or laminated on one or both sides with Teflon® FEP fluoropolymer. Kapton® FN imparts heat sealability, provides a moisture barrier, and enhances chemical resistance.

Kapton® FPC – Kapton® FPC is the same tough polyimide as Kapton® VN film, but has improved bondability for use in the flexible printed circuit market.

Kapton® JP – This is a thermoplastic, formidable film designed to give optimum forming characteristics.

Kapton ® VN – This is the same tough polyimide film as general purpose HN film and is ideal for applications that require low-shrinkage film.

Keep Kapton at the Core

Kapton® is a lightweight, organic polymer film that provides protection through its reliable properties of dielectric strength, high-performance at extreme temperatures, resistance to most chemicals and many solvents and oils, and overall ability to retain its integrity over time and in so many conditions. American Durafilm®, having been in business with DuPont™ as one of the three original licensed carriers of their proprietary materials for 65 years, helps customers find the right solutions for many situations. You’ll consistently find this high-quality polyimide film at the core of innovation and exploration ... and discovery.

Retired NASA astronaut John Grunsfeld, Associate Administrator of NASA’s Science Mission Directorate, and a veteran of five space shuttle flights, eight spacewalks, and more than 58 days in space, said of this historical aerospace exploration in an interview on CBS This Morning, “It’s absolutely a hallmark in the history of humans.”

To learn more about why Kapton® film is such a versatile and preferred protective film that provides solutions in many industries, download the white paper, “Create Your Innovative Solutions—Top 4 Properties Kapton® Films Provide.”